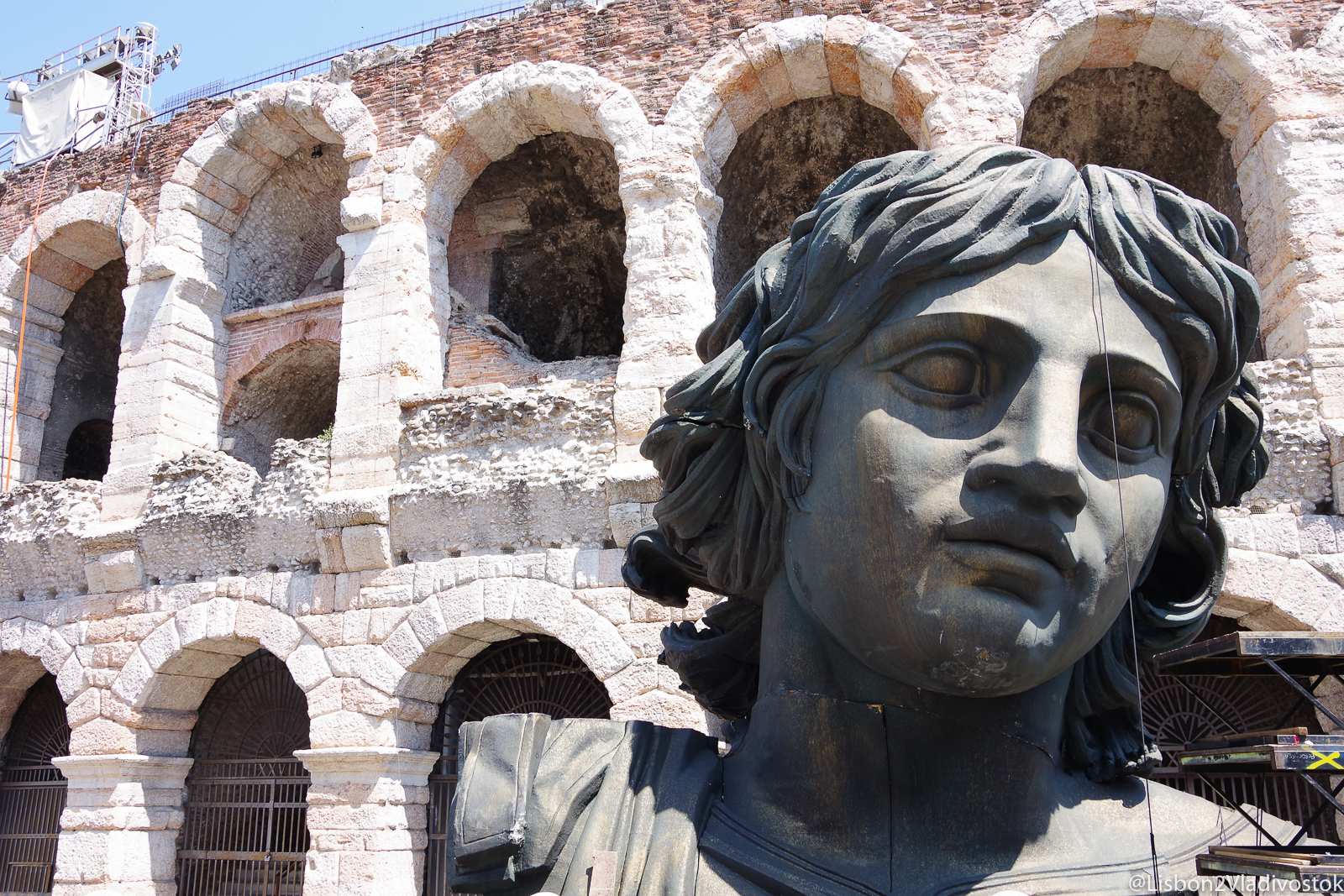 We are travelling fast through Europe. This has mainly three reasons: we have open visas for Azerbaijan and Uzbekistan starting in June, we are not sure about the road conditions in Central Asia and thus would like to have enough time for the remaining distance and finally Europe is always easily available for travelling later.

So, every day we travel for as many kilometers as we can and only stop for quick sightseeing and sleeping. All the camping spots we had stayed in were in very good condition. We either checked online via google maps or used the ASCI app which I bought from the app store. This app has many certified big camping sites across Europe, but for the smaller ones you can just do a quick online search. Since the season has not yet started we are usually camping with only a few neighbors (mainly from the Netherlands or GB), but each camping site has free Wi-Fi which we were not expecting (hey technologically advanced Germany, how about doing the same?) The roads are all in perfect conditions (as expected) and Kolya is even a bit bored navigating through the concrete European roads.

First we travelled through Spain which is my favorite country and made a stop in Salamanca. We have not been here before and wanted to have a look at one of the oldest university towns in Europe and a UNESCO heritage site. The so called “golden town” with its facades from sandstone is just perfect for an afternoon stroll through its small streets and alleys. In its many cafes, you can enjoy a strong coffee and observe the many storks which are just all over the city roofs. I guess the high cathedral towers and pediments are just perfect for them to build their nests. I try to catch one on a picture, but it is not that easy. They are far too high and I did not manage to have the building and the stork on one picture at the same time.

As we do not have much time we make a short walking tour around the city center, buy some Spanish food for our cooling box, try a few tasty magdalenas (Spanish sweet cake) and then set off to Verona.

After almost two days of non-stop driving, 1800 kilometers and a few picnics on the highway we arrive in the Italian city Verona. We decided to quickly pass through France as it utterly expensive. It costs us more than 100 Euro to cross the country via the highways. Next time we will definitely take the smaller autoroutes to avoid the toll.

Verona is a small city and we have the impression that it almost cannot handle the masses of tourists who come to visit the city of Romeo and Juliet. The traces of this Shakespeare novel can be found everywhere which explains the many school classes in the city who probably just read the novel. Which girl wouldn’t want to stand on Juliet’s balcony at least once in her life. For me this will stay a dream for now as Juliet’s house is just overcrowded. We decide to stay away from the masses and escape into the smaller side streets which are just charming. After a tasty pizza and some spaghetti Bolognese we leave Verona and set off to Slovenia.

Slovenia is surprisingly green and is a charming small country. Ljubljana was voted the most green and sustainable city of Europe in 2016. We can confirm this as well since people take recycling seriously and even electric vehicles in the city center are for free. You can just jump into one of the free small cabs and they will take you anywhere in the center. Prices are a bit higher than expected and are comparable with Spain. Ljubljana is definitely one of the emerging cities of Europe with lots of young people, artists, creative spaces and street art. It almost feels a bit like Berlin here. We take a free walking tour, learn about Slovenia’s history and buy some fresh fruits and vegetables on the street market. For dinner we usually cook some food with our Coleman camping cooker. Apparently, Dima still has note enough from my mix of potatoes, zucchini, tomatoes with couscous or quinoa. All fresh from the markets and everything bio.

Some more impressions from Ljubljana, for example the dragon bridge also called by the locals the mother-in-law bridge.

After all the city tours and the driving, we decided to head in the mountains to enjoy some fresh air and to relax. Bled, a small city about 80km north from Ljubljana is a perfect spot for this. It is in the Julian Alps and has the perfect postcard panorama. We stay in the camping Bled for two nights, do some hiking in the mountains and walk along the lake. It gives us some energy before we start off to Hungary where Dima wants to show me a small town where he lived and went to school around 20 years ago.

The Hungarian city of Hódmezovásárhey is one of the most complicated names for a city I ever heard. Dima transforms as we arrive. He is talking all the time and telling me stories from his childhood. We visit his old school, his old basketball court and the flat where he lived with his parents. Not much has changed in the last 20 years and he can recognize almost everything. We stroll around the small city, eat some tasty fish soup with paprika and spend the night on a camping site in nearby Szeged. Now we are ready to head towards Transylvania, which we will post about soon. Stay tuned.

To help jump-start your big adventure, we’ve put together all our research results, tips, hints and general useful information in one ebook.