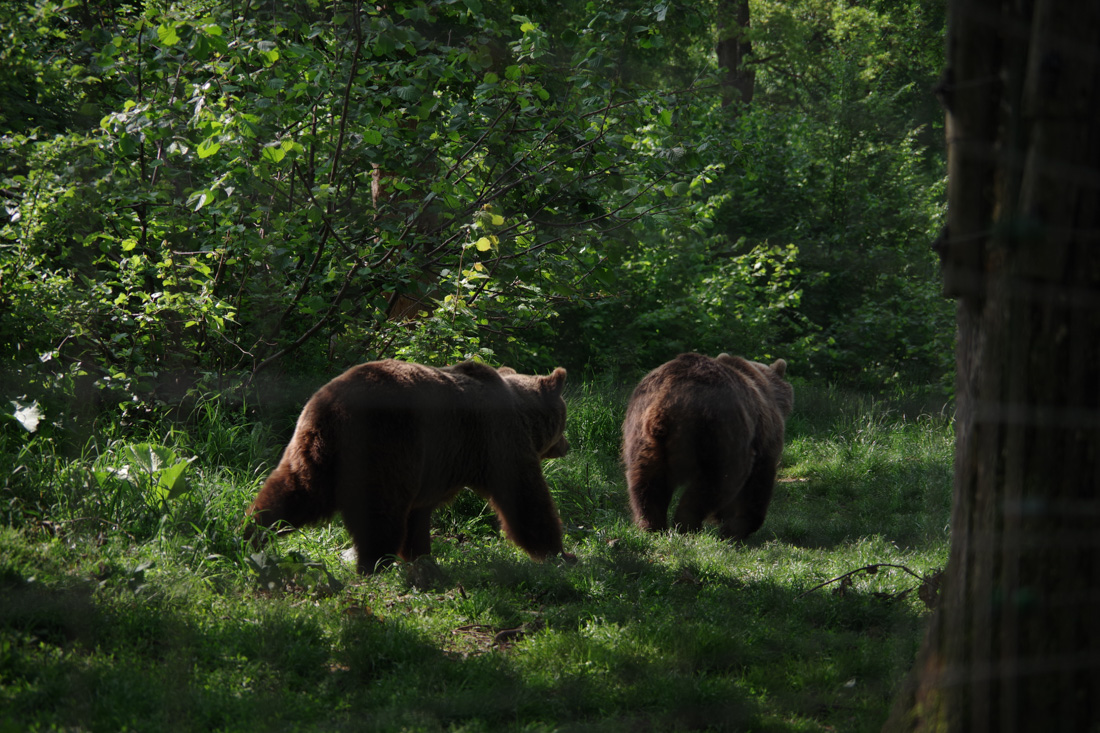 The country, which was my mom’s biggest fear, turned out to be our biggest surprise. We surely have not seen friendlier people so far and it is definitely our number one destination yet. We have spent four days in the southern part, which as usually were not enough to see all of it. Transylvania is known for its famous count Dracula and consequently images of dark forests, grim looking people and wolves and bats arise in ones mind. We have not seen any of that, instead we got green fields, beautiful forests, crystal clear water in mountain lakes and blue skies. We were even tempted to stay longer or even buy a beautiful piece of land here. But let’s start from the beginning.

Our passports were checked for the first time as we crossed the boarder between Hungary and Romania. There still seems to be some border control in borderless Europe. Fortunately we made it quickly through the control and headed for Sibiu a small Transylvanian town. Our first camping place is about 20 kilometers away from Sibiu and is one of the best we had so far. Iulian's camp is small, but very cozy, clean and budget friendly (only 11 Euro per night). After we have parked the car, the owner already carries out his tray with Palinka, strong and delicious plum schnaps. After 4 hours the bottle was almost empty and we got ourselves involved in heavy discussions around politics, culture and the future of the EU. We agree on the fact that more people should travel and visit other countries in order to avoid stereotyping. At least we cleared ours regarding Romania.

The next morning we continue our trip to Sibiel and the small villages behind it. Often there are only a few wooden buildings, a small church and maybe a river crossing through these villages. The traffic is a mix of horse carriages and cars. Both have to watch out for cows and sheep, which occasionally are crossing the roads.

Accommodation in Romania is cheap. Even when it’s raining and we did not want to sleep in a wet tent we managed to find a very nice pension for about 20 Euro per night, close to Bran. Of course we got served home made schnaps there as well.

Bran castle, the so-called Dracula castle is a touristic magnet in the region. We decided to stop by in the morning to avoid the crowds. However several groups on a school trip overtook us and we must ask ourselves when the kids are actually learning something inside the school. So far we have seen them only outside.

The castle is not spectacular at all. Count Draculea, Prince of Wallachia (as he was actually called) only spent a few nights here. Only the outside of the castle was an inspiration for Brams Stokers famous book “Dracula”.

As we have read that Romania has the biggest population of brown bears in Europe we wanted to go on a bear watching tour. This means hiding in a secret place in a forest and watch the bears during their picnic. Unfortunately the organizing company did not have any space left since it is a very popular attraction. Instead we went to a bear sanctuary nearby called Libearty. Cristina Lapis, the woman who founded and is running this place has earned our respect. She started this project in 1998 as bears were held in cages to attract visitors to restaurants. She decided to free these animals and give them decent living conditions similar to those in the wilderness. In the meantime she has saved over 70 bears and the project is growing. She also managed to convince the government to pass a law that prohibits keeping bears in cages for commercial reasons.

We already posted a video of a small bear sucking on his small paw. Here it is once again for those of you without Facebook:

And then there was Bukarest of course. Unfortunately it was raining the whole time, but we still did a free walking tour as we usually do. We think this is the best way to get to know a new city. There are so many different people on these tours from all around the world and the guides are really really good. They always tell some funny stories and have good behind-the-scenes information for all main spots. Did you know that Michael Jackson confused Budapest with Bucharest as he was there in 1990. From the balcony of the national palace he wanted to greet the people and shouted “Hello Budapest”. Of course the people were not amused and booed him out of there. Another story goes like this: about 400 Atheltico Bilbao fans have missed the 2012 Champions League final because they flew to Budapest and not Bucharest. Unbelievable, but this is a true story.

Romania you have fascinated us and we will come back to drive the the Transfagarasan road (one of the most beautiful ones in Europe), take part in a bear watching and go hiking in the green mountains.

We enjoyed the colorfulness of the views, the hospitality of the people, the fresh homemade food and the tasty covrigi (bread with cherry filling).

Now we are going to lay back a few days in Bulgaria. Dimas parents have a small apartment there and we will use the opportunity to relax, write some blogposts, wash our clothes and cook some nice seafood.

Here's a short summary of our journey through Europe: